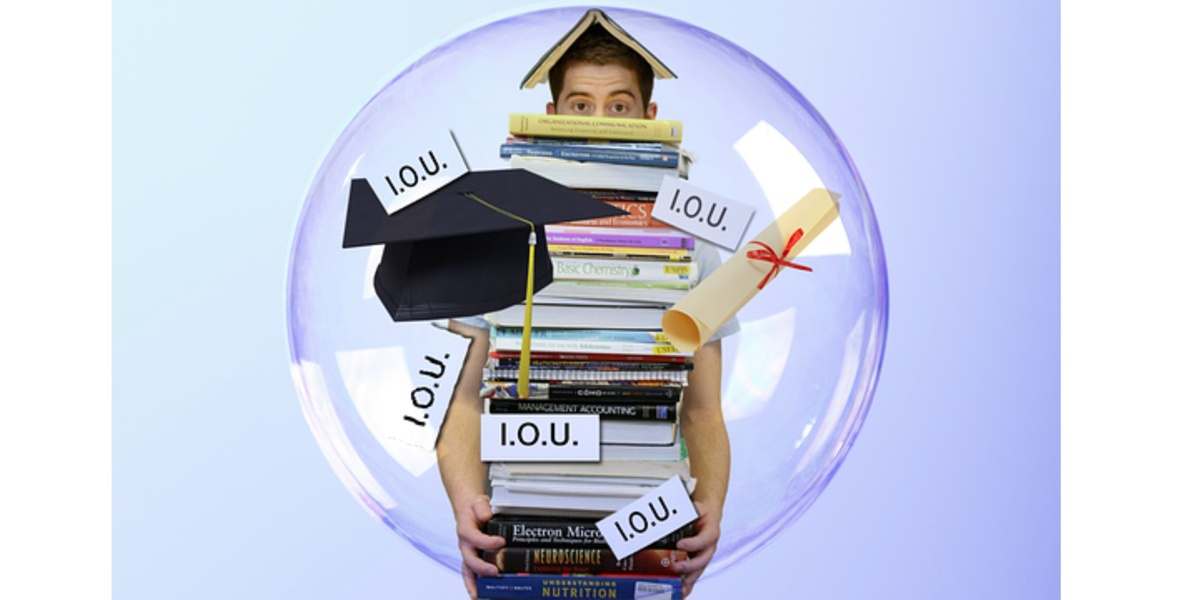 Parent PLUS Loans Lead to Risk-Taking

Federal Direct PLUS Loans, commonly referred to as a Parent PLUS loans, are available to parents of dependent undergraduate students to pay for their child’s college education. There are no fixed annual or aggregate limits for these loans. The amount that a parent can borrow is the cost of attendance minus other financial aid received.

The interest rate on Parent PLUS loans is currently 7.54%. Borrowers also pay a one-time origination fee of 4.228% of the loan principal that is deducted from each disbursement.

To be eligible to receive a Parent PLUS loan, a parent must:

Most parents don’t pay for their child’s education using this type of Federal loan. But about 3.6 million families — with $107 billion in outstanding debt — have used them. Many of these families struggle to repay the money that the Federal government loaned them under generous terms. Parents can fund the entire cost of a child’s college education with a Parent PLUS loan. The parent’s income is not considered. There’s no rule that would stop parents from borrowing $100,000 even if their income was below the poverty line. Repayment can take 25 years or more, which is retirement age for many parents. If a parent defaults, the Federal government deducts from their Social Security to repay any outstanding balance.

Parent Plus loans are eligible for the Biden Administration’s student loan forgiveness plan, which is great news for these borrowers. But it doesn’t eliminate all outstanding debt and it does nothing to help future economically disadvantaged parents who take out these loans.

In the list above, #2 states that a borrower cannot have an adverse credit history, which is defined by the Education Department (ED) as follows:

Barring one of these situations, a parent is qualified to borrow a large sum of money to pay for their child’s education no matter how low their income may be. Although it’s imprudent for parents to borrow more than they can afford to repay, it’s pointless to fault them since they seek to help their children with any financial aid program available to them.

PLUS Loans in Context

How did this situation come about?

There were sound reasons for Congress to create Parent PLUS loans when it did so in 1980. College costs had increased significantly in the previous decade and many middle-income families were struggling to pay college costs out of income. At the time, interest rates were very high. For example, the average rate for a 30-year home mortgage in 1980 was 14%.

The Parent PLUS loan, which had a lower-than-market interest rate for uncollateralized debt, was a recognition of  the problem and an attempt to mitigate it. It made it easier for parents to borrow to pay the cost of their child’s education. At the same time, it reduced the need for their children to borrow. Initially, parents could only borrow up to $3,000 per year. In 1992, the borrowing limit was removed as the result of an aggressive lobbying effort by associations of colleges.

A report from the Urban Institute summed up the situation as follows: “Parent PLUS loans are a no-strings attached revenue source for colleges and universities, with the risk shared only by parents and the government.” It should be noted that the ED’s rules forbid colleges from preventing a family from taking out a Parent PLUS loan if they’re eligible, but they clearly shouldn’t encourage it.

Disparities in Impact by Race

Ron Lieber, writing in The New York Times on September 18, 2022, had this to say about Parent PLUS loans:

“About one in three white borrowers earn more than $110,001, and about one in 10 earn less than $30,000 a year. Black families flip the script, with about one in 10 earning more than $110,001 and about one in three earning less than $30,000 a year. Unsurprisingly, given those income statistics, the Federal government has, during the financial aid application process, told 42 percent of Black borrowers using Parent PLUS that they can’t afford to pay a single cent toward their children’s education. But if there is not enough grant money available — from the government or the college — to subsidize their kids’ tuition in full, these parents and others like them borrow anyway. To put a finer point on it, the Education Department says it doesn’t expect them to pay anything. And yet it lends many of them everything.”

The Search for a Solution

An ideal solution from the perspective of colleges and students is for states to subsidize their state college systems more generously and for the Federal government to double Pell Grants for low-income students. This would reduce the need for students and families to borrow as much as they do now. Unfortunately, this solution is politically untenable in many states and at the Federal level at this time.

A return to more rigorous requirements for borrowers also seems like an obvious solution, but there is bound to be well-justified complaints about the fairness of new, tougher underwriting standards. They will inevitably hurt those institutions, like HBCU’s, whose students are most in need of the financial support of the Federal government.

The most expedient solution would be to create better repayment plans.  As they are today, these plans should be based on parental income. But they can feature a significant abatement of the principal (beyond the amount paid down) after a fixed time period of time. However, two problems may arise. First, it’s complicated, causing confusion among potential borrowers. Second, it may provide an incentive for colleges to simply raise tuition further. Colleges don’t need an engraved invitation to raise their prices, any excuse will do.

Another approach to the affordability dilemma is for families to pay closer attention to the return on investment in a particular college or in college education itself.  An apt summary is offered by Beth Akers, author of Making College Pay:  “Why do we act as if a college education is infinitely valuable?No one ever finishes the conversation and says that the people who were stopped [from borrowing] were about to take on an investment that might not have a return and might put them in unaffordable debt.”

A college degree, once considered a rocket to the middle class by low income people, now warrants a more judicious analysis of its rationale.

If you have questions or concerns regarding your current student loan or financial planning strategy please feel free to contact me directly at michael.acosta@cplanning.com!

Registered Representative and Financial Advisor of Park Avenue Securities LLC (PAS). Securities products and advisory services offered through PAS, member FINRA, SIPC. Financial Representative of The Guardian Life Insurance Company of America® (Guardian), New York, NY. PAS is a wholly owned subsidiary of Guardian. Consolidated Planning, Inc. is not an affiliate or subsidiary of PAS or Guardian. CA Insurance License Number - 0M50974. Guardian and its subsidiaries do not issue nor advise with regard to student loans. Guardian, its subsidiaries, agents, and employees do not provide tax, legal, or accounting advice. Consult your tax, legal, or accounting professional regarding your individual situation. 2022-145954 (Exp. 10/24)

This article was written by an independent third party.  It is provided for informational and educational purposes only.  The views and opinions expressed herein may not be those of Guardian Life Insurance Company of America (Guardian) or any of its subsidiaries or affiliates.  Guardian does not verify and does not guarantee the accuracy or completeness of the information or opinions presented herein.